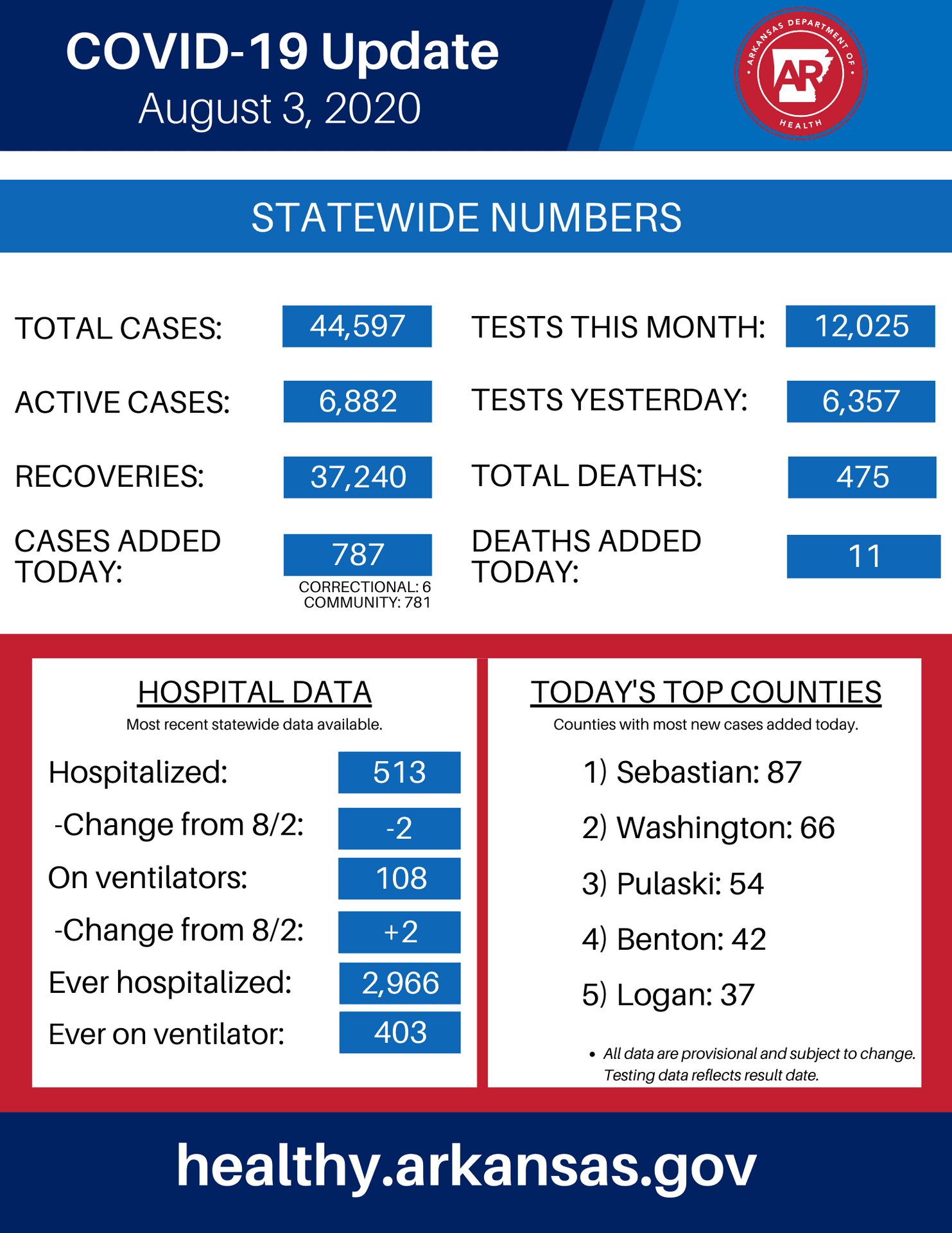 In the past 24 hours, the number of new cases in Arkansas was 787, with 781 from the community and six from correctional facilities. Over the weekend, there were 662 new cases reported on Saturday and 637 on Sunday. The governor shared the top counties for today’s new case counts, which included Sebastian with 87, Washington with 66, Pulaski with 54, Benton with 42, Logan with 37, Independence with 32, Garland with 29, Crittenden with 28, Jefferson with 25 and Mississippi with 22. Garland County’s new case counts reported over the weekend included 23 on Saturday and six on Sunday. The number of new cases today for the county reported online by the Arkansas Department of Health was 32. There was also an additional death reported in Garland County, bringing the cumulative total to eight.

While showing the graph for the state’s seven-day rolling average for percent positive COVID-19 tests, the governor said the current average is “too high, right at or a little bit above 10%.”

The governor announced that the state received 100 new antigen testing machines, and there are 100 additional machines on order. The plan for these machines is for them to be assigned to public health units across the state for use with regards to rapid test needs of the K-12 educational system. The antigen tests provided at the public health units will be done free of charge.

Hutchinson pointed out that today is the two-week mark since the statewide mask mandate began. He expressed his appreciation to business owners who have supported the state in that effort, and he showed downloadable signs that are available from the Arkansas State Chamber of Commerce at https://www.arkansasstatechamber.com/covid-19-coronavirus-and-arkansas/.

Acting Secretary of Health Dr. Jose Romero stressed the importance of everyone getting the influenza (flu) vaccine this year to help lower the strain on hospital emergency rooms, intensive care units and respirators in the upcoming flu season.