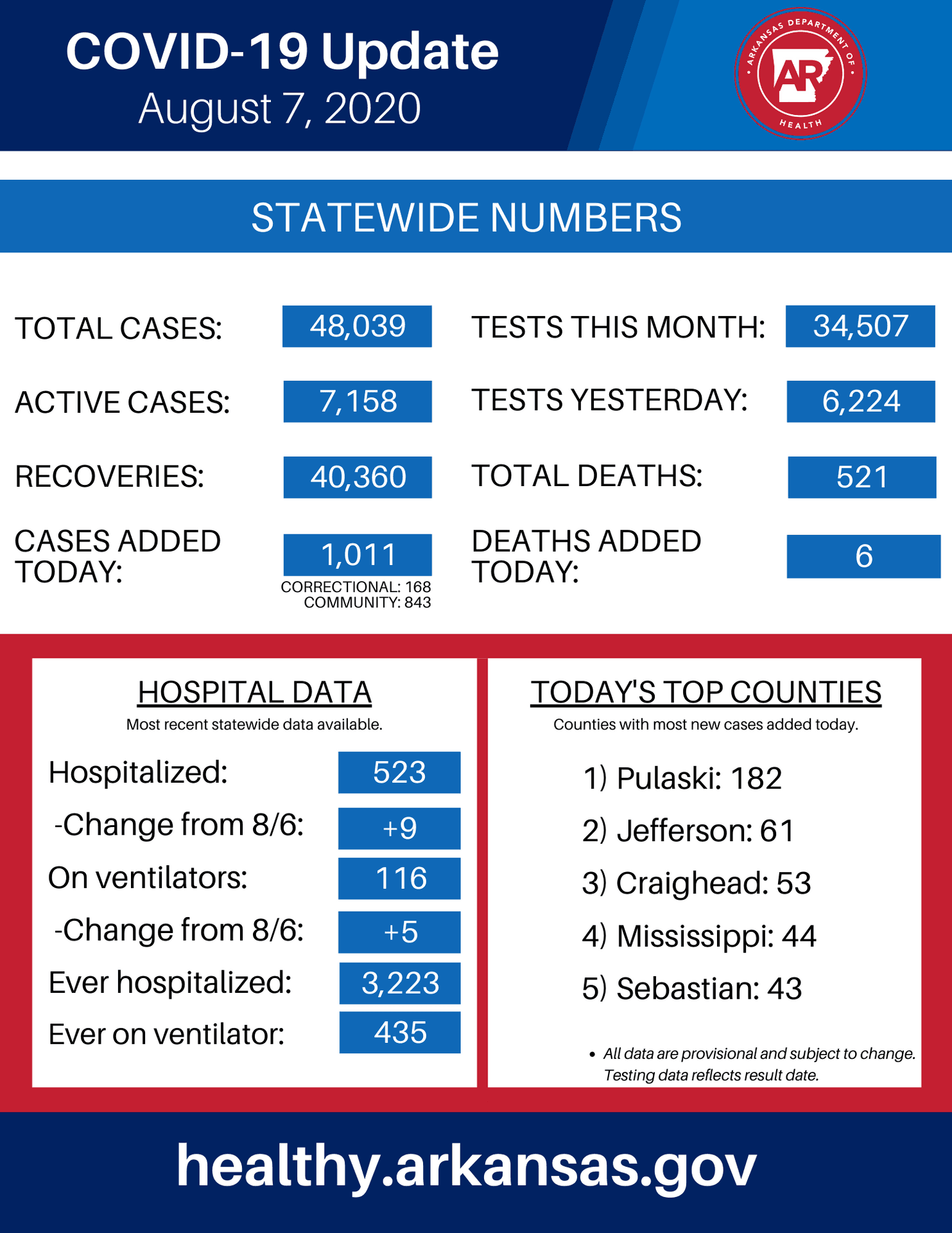 In the past 24 hours, the number of new cases in Arkansas was 735, with 691 from the community and 44 from correctional facilities. Hutchinson shared that there are 14 counties with more than 20 new cases, which included Pulaski with 182, Jefferson with 61, Craighead with 53, Mississippi with 44, Sebastian with 43, Washington with 41, Independence with 40 and Benton with 32. Garland County had 25 new cases reported, and the active case count rose by two to 212. There was also an additional death reported, raising the cumulative total to nine.

The number of tests completed in the past 24 hours was 6,224. The positive rate of infection seven-day rolling average is above 10%, which the governor said they will continue to watch, and they want it to come down.

Hutchinson announced his support for a COVID-19 Emergency Leave for School Employees proposal that the CARES Act Steering Committee will be considering to allow $20 million in 2020 to be allocated for up to two weeks of paid leave for teachers and support staff who must quarantine for COVID-related symptoms.

Secretary of Education Johnny Key clarified an item relating to the Department of Education’s expectations that school districts be open five days a week for on-site instruction. He said some had taken that to mean that all of the students are expected to be on-site, which is not the case. Rather, the districts should have on-site instruction available for those families who choose the five days a week opportunity.

He also signed an executive order to allow county clerks to prepare absentee ballots, which will be accepted from any individuals concerned about the pandemic, in advance to expedite the counting of them starting at 8:30 a.m. on election day. He noted that the absentee ballots cannot be opened before that time.