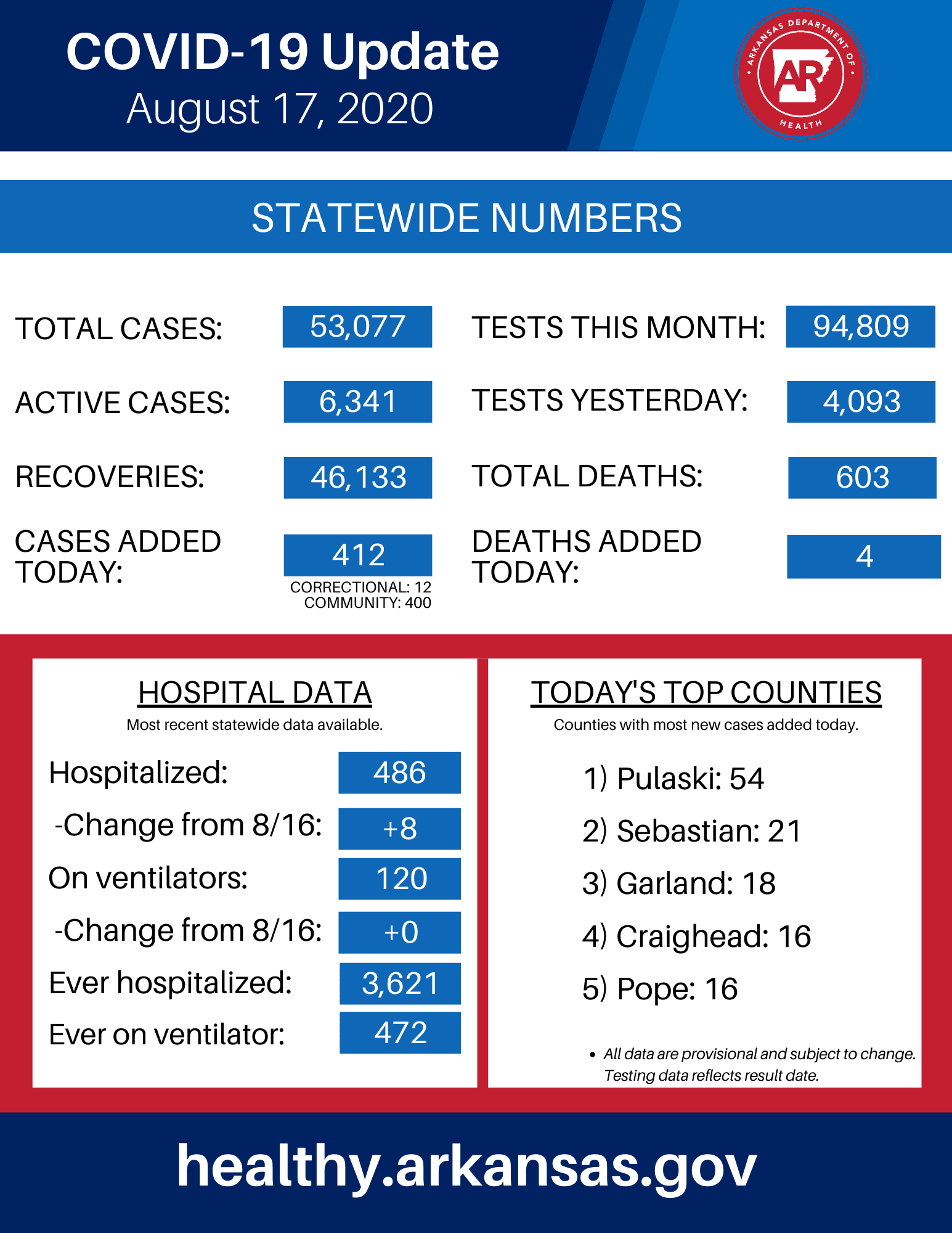 Secretary of Health Dr. Jose Romero responded to a question about the drop of around 1,200 of active cases over the weekend and the removal of one death from the cumulative total. He said the team at ADH went back and “cleaned up” the data, removing redundancies and those from out-of-state. They also found that some negative tests had not been entered into the database.

Hutchinson said that he had “very, very good meeting” today with Dr. Deborah Birx of the White House COVID-19 Task Force. He said she made comments that were encouraging in which she cited a lowering positivity rate in the state and new cases dropping 30% from last week. She also “encouraged us to do more, that we still have more work to do here in Arkansas,” he said.

With regards to supplies for antigen tests, Birx provided insight that the federal government has made the acquisition of many supply kits and that they are being prioritized for use by nursing home facilities. Hutchinson said that the timeline they had in place will have to be adjusted regarding the plan for local health units to use the 200 antigen test machines the state purchased for the re-opening of schools wherein students, teachers and staff were to be prioritized. He said they currently have 1,200 antigen test kits.

Romero shared that Birx stated COVID-19 transmission currently appears to be mostly in the area of community and familial get-togethers. He urged caution for those who decide to participate in such gatherings, and said that masks are recommended.

Hutchinson said he had reviewed the U.S. Postal Service letter addressed to the secretary of state, and said it clearly indicates that “if everybody waits till the end in Arkansas to send their absentee vote in, then it could be challenging if there’s a large number of those to get everything counted in a timely manner.” He said the state’s response will be to inform people that if they are going to use an absentee ballot to vote, to get it in early.