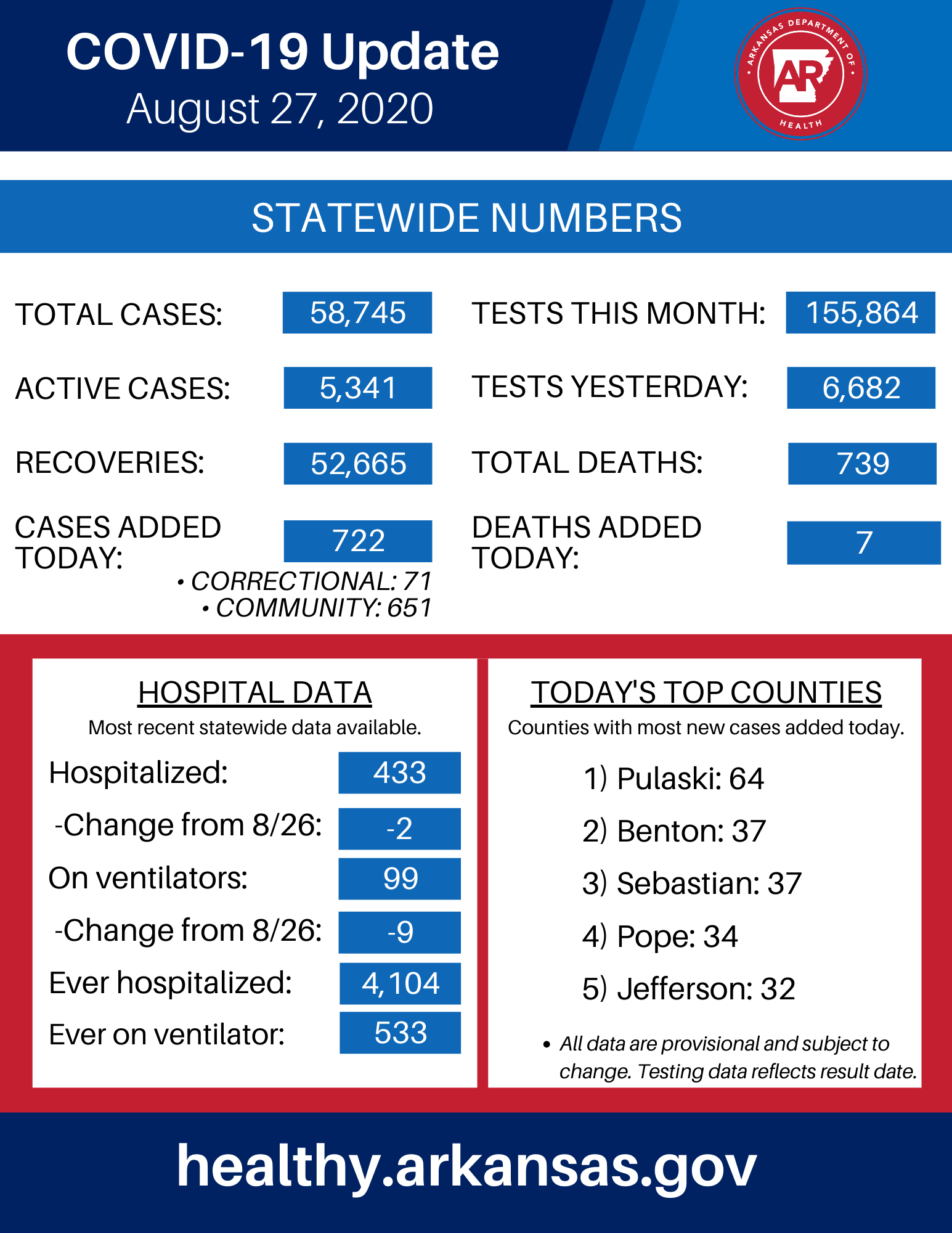 Hutchinson gave an update on Tropical Storm Laura, sharing that 22,000 households were currently without power and trees were down in Camden. He has deployed three high-water teams to be pre-staged in South Arkansas, and “FEMA is ready to go as well.” He cautioned everyone to pay attention to and follow the weather. He said we will have flash flooding and are already having high winds, and encouraged motorists to turn around at road barricades rather than trying to go around them.

Data on cases within school districts will be available on the Department of Education website starting today. It will include active and cumulative case counts for public schools, as well as many of the private schools and colleges/universities in the state. Hutchinson showed the current chart, will listed 222 active cases in the public schools and 41 active cases on college campuses. He said these cases would have come from before classes began, so this will provide a baseline. There was no current data for private schools. Cumulative cases since June 15 were 544 for public schools and 106 for colleges. The website will also list all school districts with five or more cases. The state will update the online data on Mondays and Thursdays.

Secretary of Education Johnny Key said that when the data from the Arkansas Center for Health Improvement (ACHI) updates this afternoon, it will show a decrease from 19 districts to 13 this week with 50 or more cases per 10,000 population.

Secretary of Health Dr. Jose Romero said that it is important that school bands adhere to the guidance, including social distancing, face masks and covers on wind instruments. ADH has received reports of some school bands not following these guidelines, which Romero said are in place to protect our students and nearby adults and to keep infections from being transmitted in the bands.

Referring to the updated CDC guidelines on testing of asymptomatic individuals who may have been exposed, Romero pointed out that the CDC gives authority to the state/local health departments. Romero said that the ADH does deem it important for these tests to continue to be performed. He offered a reminder that county health units offer free COVID-19 testing to everyone.