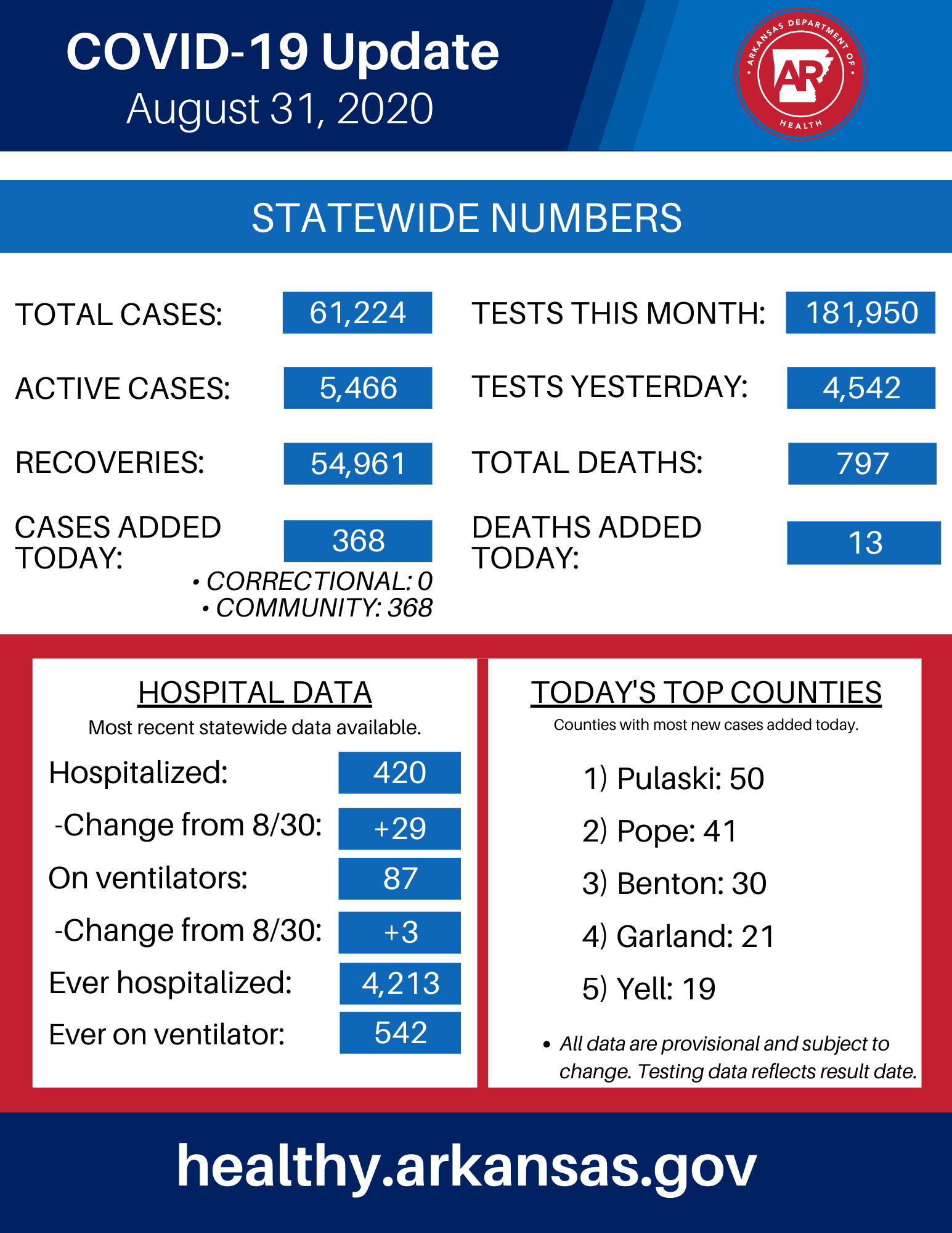 Secretary of Health Dr. Jose Romero shared that the there will be a popup testing event in Garland County on Thursday, Sept. 3, from 4-8 p.m. at the Garland County Library, 1427 Malvern Avenue.

Due to the concern of cases arising on college campuses, ADH deployed eight point-of-care testing kits to campuses across the state. Romero said this is not unlike what is being seen in other states where schools have opened. He said they will continue to monitor the situation very closely.

Secretary of Education Johnny Key reported that two school districts modified their operations over the weekend under the Ready for Learning Plan and Response Level documents. Cross County High School moved to virtual instruction, as well as Marshall High School in the Searcy County School District. Key said that both of these situations are because of teacher loses due to quarantining. This is the third school district in the state so far that has had to modify their operations.