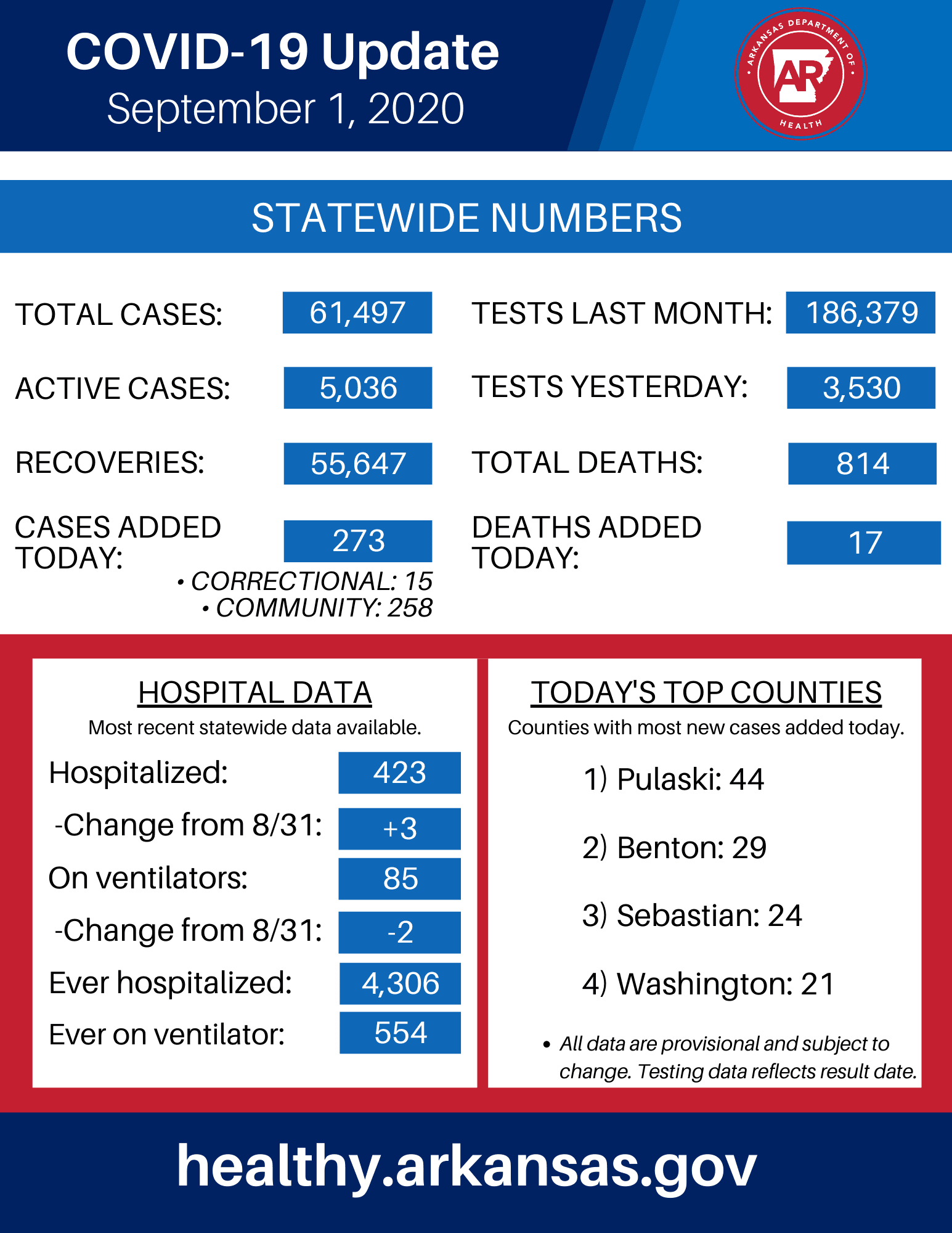 Dr. Ivy Pfeffer, deputy commission of the Department of Education, shared there have been a few additional school districts that have had to modify some of their on-site operations due to COVID-19. These include the quarantining of a grade level in a Mountain View middle school due to a number of close contacts to a known case; a kindergarten class in the Rogers School District; and a Fort Smith high school that has also been affected by a number of close contacts to known cases.

In responding to a question from yesterday relating to a recent CDC report about co-morbities and COVID-19 fatalities, Hutchinson said that among the deaths related to COVID-19 in Arkansas, 94.5% had contributing factors. These include hypertensive diseases, diabetes, ischemic heart disease, heart failure and cerebrovascular disease. A COVID-19 death is one in which COVID-19 is listed by the coroner as the primary or contributing cause of death, said Hutchinson. “It doesn’t mean that if you have no co-morbities, you have nothing to worry about. The virus does kill, we know that, healthy individuals,” said Secretary of Health Dr. Jose Romero.

Also in response to a question from yesterday, Hutchinson said that there has been a 78.9% rate of recovery among COVID-19 patients who have required hospitalization in Arkansas.