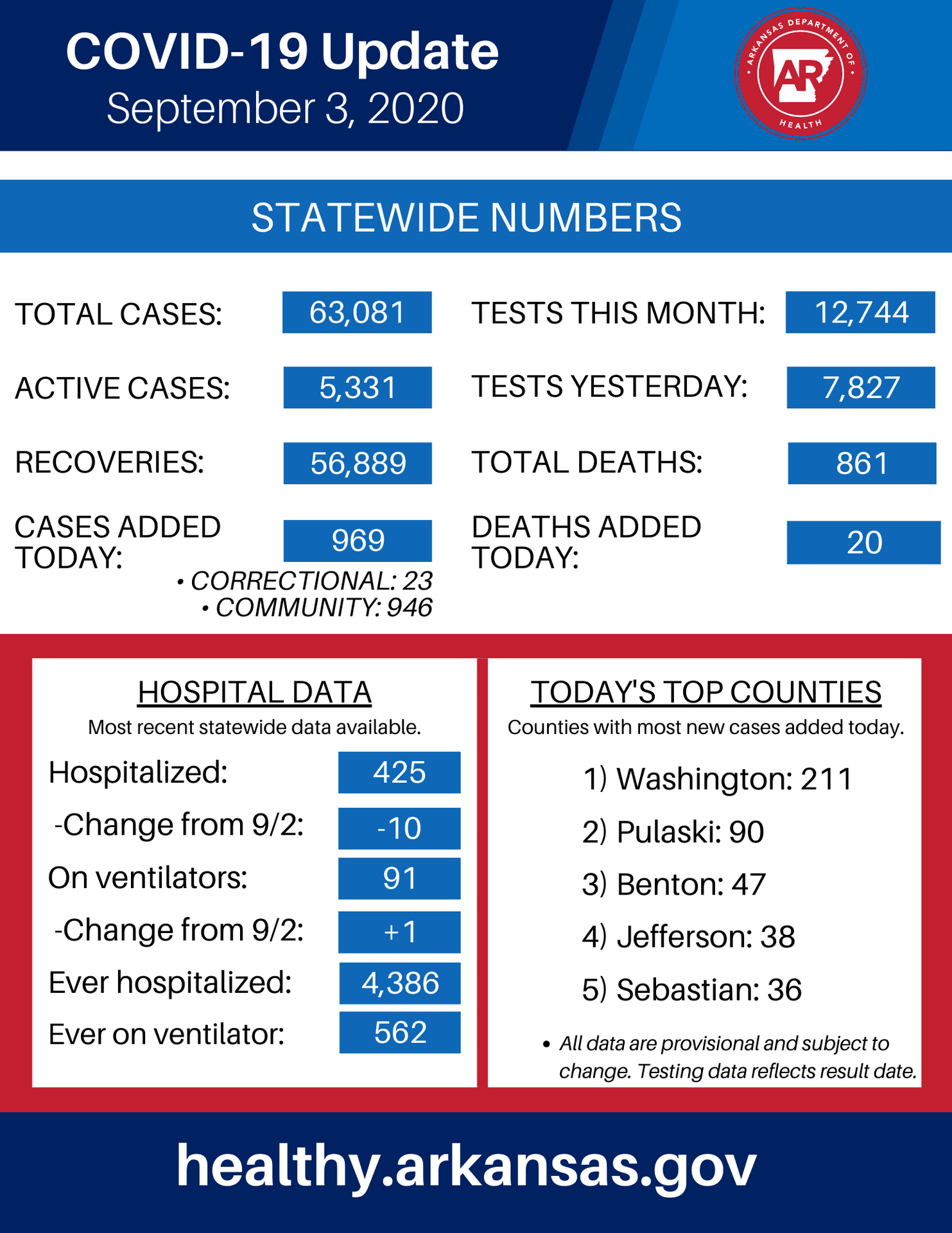 The number of tests completed in the past 24 hours was 7,827. There were 533 antigen tests performed with 59 positive results. Additional information regarding antigen test totals will be regularly provided moving forward on the AHD website.

Secretary of Health Dr. Jose Romero said again that significant numbers are coming from college campuses, which is “the reflection of less than rigorous adherence to the recommendations that have been made over and over again…This will increase significantly more if it is not brought under control now.”

Hutchinson addressed a lawsuit filed by a small group of state legislators, which challenges the executive authority to deal with the current emergency. He said this is not an attack on ADH, but rather on the executive authority he has acted under during the pandemic. He said the right to execute these actions was approved in 2017 by the Arkansas General Assembly, giving the governor flexibility to act quickly during such an emergency. “When people are dying, you don’t need delay, you need quick action. There is a national emergency, and 50 states have declared a national emergency. President Trump has declared a national emergency,” he said. “And we are acting based upon the authority the legislators have given to me.”

Hutchinson said he received and reviewed a letter yesterday from Dr. Robert Redfield, director of the Centers for Disease Control and Prevention, encouraging ADH and the state to make preparations for doses of a possible vaccine to be delivered as early as Nov. 1.