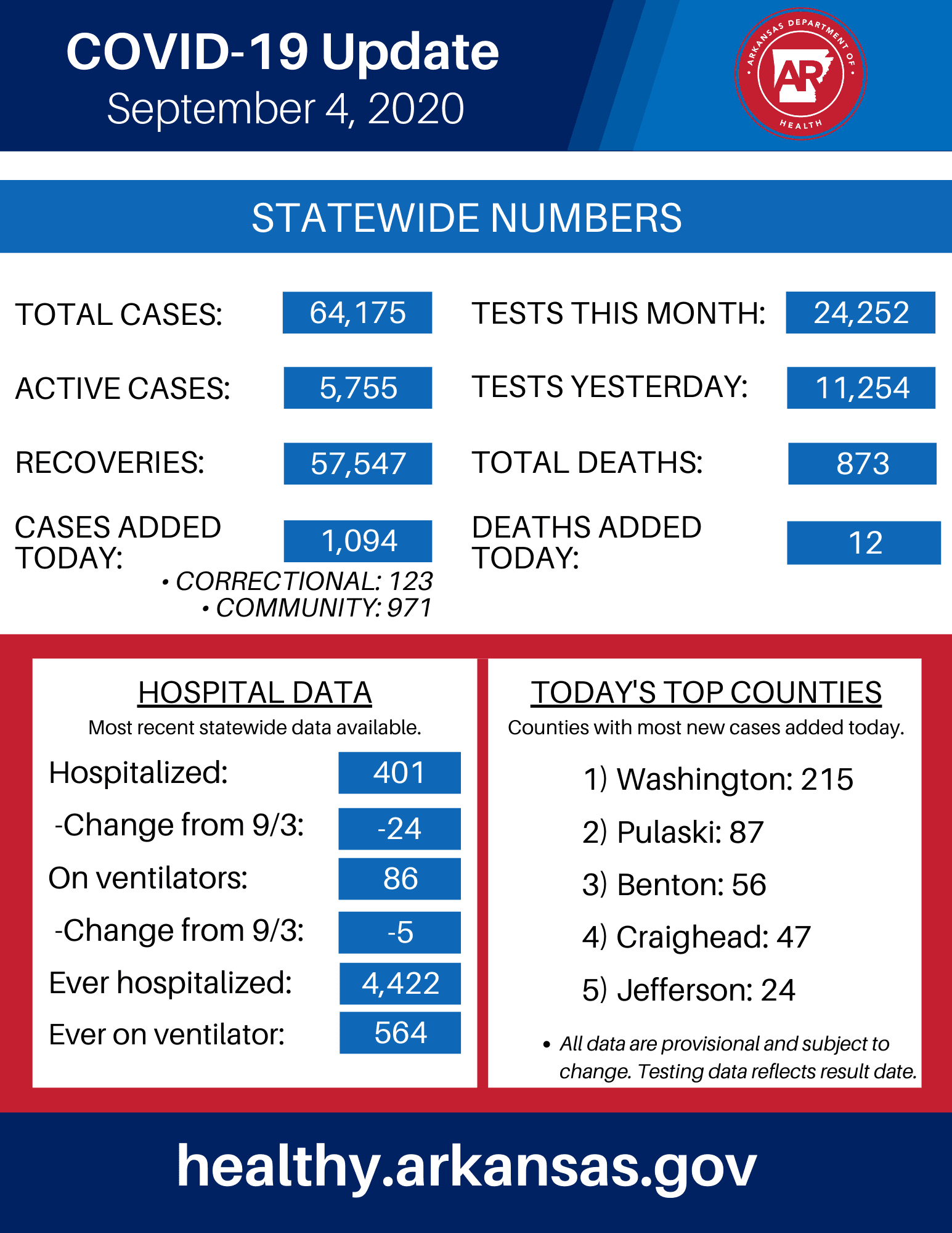 The following statistics were shared Friday at Gov. Asa Hutchinson’s daily COVID-19 news conference in Searcy and posted on the Arkansas Department of Health’s (ADH) website:

The number of tests completed in the past 24 hours was 11,254. There were 600 antigen tests performed with 111 positive results.

“This is a fairly dramatic exclamation point to end this week and to start the holiday weekend. It should serve as a reminder to us of the challenge that we continue to be in, but it also reflects some extraordinary testing numbers,” said Hutchinson of today’s highest number of new cases in a 24-hour period and highest number of test results processed in a 24-hour period.

Secretary of Health Dr. Jose Romero reminded the public that it is important to maintain social distancing, use of masks and hand sanitation over the holiday weekend. To college students, he said, “Please, we need your help. You are part of our communities, and as part of our communities, we would ask you to adhere to those guidelines that we have worked so hard to drive the incidence rates down in many of these counties, and we would hate to see them go back up again.”

Hutchinson said that the University of Arkansas is announcing today that they are banning all gatherings of 10 or more, both on and off campus.

Romero, responding to a question about a possible rise in hospitalizations in the coming weeks due to the rise in cases, said that based on what they have seen up to this point in the pandemic, they do anticipate hospitalizations to go up.