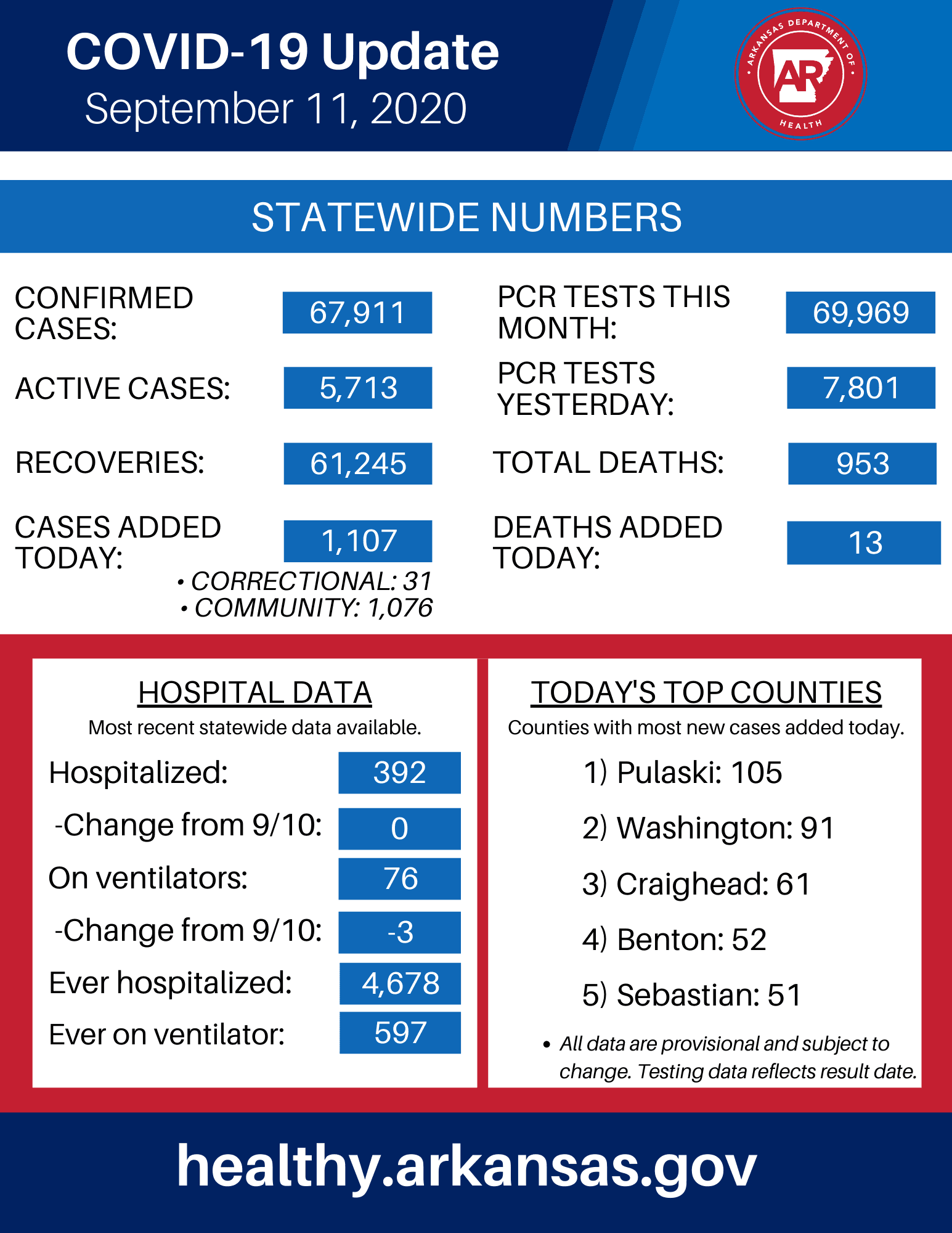 In the past 24 hours, the number of positive PCR tests added today in Arkansas was 1,107, with 1,076 from the community and 31 from correctional facilities. Counties with the number of new cases higher than 20 in the past 24 hours include Pulaski with 105, Washington with 91, Craighead with 61, Benton with 52, Sebastian with 51, Jefferson with 47 Crawford with 35, Faulkner with 25 and Garland with 24.

The number of tests completed in the past 24 hours was 7,801. There were 459 antigen tests performed with 78 positive results.

Secretary of Health Dr. Jose Romero pointed out that 12.9% of today’s new cases came from colleges and universities in the state. Hutchinson, responding to a question about today’s high new case count, said that it is possible that Labor Day activities contributed to some of today’s cases. He also said he anticipated such a spike as it fits the trend the state has been on. Last Friday’s new case count also set a record at the time at 1,094.

In reference to a national story contributing new cases to restaurants, Hutchinson said he and Romero check the contact tracing data weekly and that only 4% of respondents said they visited a restaurant in the 14-day period leading up contraction of the virus, compared to 13% who said they have been to retail stores. “I believe our restaurants are really, really working hard to comply with the guidelines to make sure their environment is safe for their customers,” said Hutchinson. “They know that’s important for their business model.”

Hutchinson started the press conference by recognizing today as the 19th anniversary of the terrorist attacks that caused the tragic deaths of more than 3,000 Americans.