The following statistics were shared at the governor’s weekly COVID-19 update on Tuesday, Sept. 29, and posted on the Arkansas Department of Health’s (ADH) website:

The counties with the highest number of new cases in the past 24 hours include Washington with 65, Pulaski with 47, Sebastian with 33 and Benton with 31.

Hutchinson began the weekly update by recognizing the life, the contributions and the service of Superintendent Jody Jenkins, of Atkins, who passed away this morning from COVID-related complications.

Regarding the White House Task Force weekly state report on Arkansas, Hutchinson said that although the state is still in the red zone for cases, “the good news” is that Arkansas is in the yellow zone for positivity rate. He quoted the report: “Arkansas has seen stability in new cases and stability in test positivity over the last week.” He said that although the task force noted stability, he said the case numbers are too high and above the national average.

He credited federal assistance with the state’s improved testing capacity. He said that of the 150,000,000 rapid-test kits recently obtained by the federal government, 900,000 of the kits will be provided to Arkansas with 59,000 coming within the next 10 days. The Governor’s Office and ADH will be developing a plan to utilize these tests throughout the state.

Secretary of Education Johnny Key reported that as of noon today, 36 schools are currently are under some modification of their operations and 93 have inactive modifications (have returned to on-site instruction). Key said that there was an increase in school modifications last week over previous weeks, with a total of 26. He and Secretary of Health Dr. Jose Romero theorized this is a reflection of Labor Day weekend, and they hope to see the number of modifications decline. Key said the Arkansas Department of Education is working with districts to relieve stress on teachers with the balancing of virtual and on-site instruction.

Hutchinson said that the state reached the goal of 1 million PCR tests, with the current total being 1,002,538. He said they are going to work toward making sure at least 6% of the state can be tested every month. The state has also more than doubled the number of antigen tests for the month, with a current total of 21,214 completed.

Romero reminded everyone that wearing face masks correctly is important, meaning it should cover the nose and the mouth. 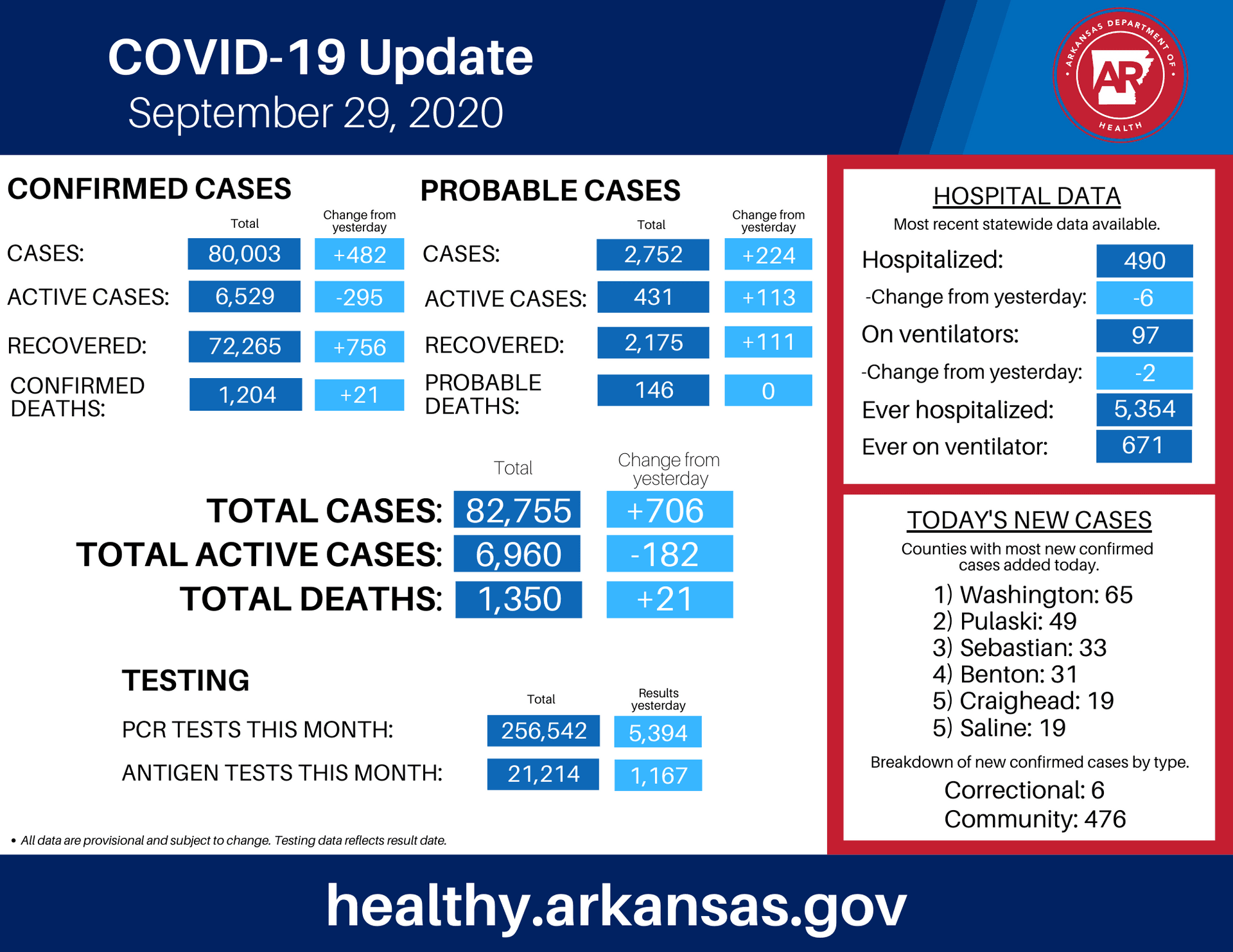