The following statistics were shared at the governor’s weekly COVID-19 update on Tuesday, Dec. 22, and posted on the Arkansas Department of Health’s (ADH) website:

Hutchinson said the focus of vaccinations thus far has been on healthcare workers, and as of the morning of Dec. 22, there had been 12,969 workers who have been given the vaccine. The allocations for next week have been received and total 23,400 new doses of the Pfizer vaccine and 17,700 of the Moderna vaccine, which will be distributed to pharmacies for us in nursing homes.

To prepare for a possible post-Christmas spike, Hutchinson announced he has authorized an alternative care site to be built out, with funding for additional bed space in a partnership with Baptist Health Systems. It will provide 124 new beds, some being ICU beds. It will be in Van Buren and in Central Arkansas, and will be managed by the COVIDComm system.

Secretary of Health Dr. Jose Romero said there is a large supply of monoclonal antibody treatments available for use throughout the state, particularly for those 65-and-older. He encouraged anyone who has tested positive in this age group or others that are at high risk to contact their primary care physician early in their infection for more information on this treatment.

ADH will be posting the updated directive for indoor venues, “reducing from 100 to 10 the size of the crowd that will trigger prior approval or a plan to be submitted and approved from the Department of Health,” said Hutchinson. This does not apply to places of worship, retail businesses, community- or school-sponsored sports, and restaurants or bars, which are all covered by other guidelines or are not regulated. This will be effective Jan. 2 through March 1. 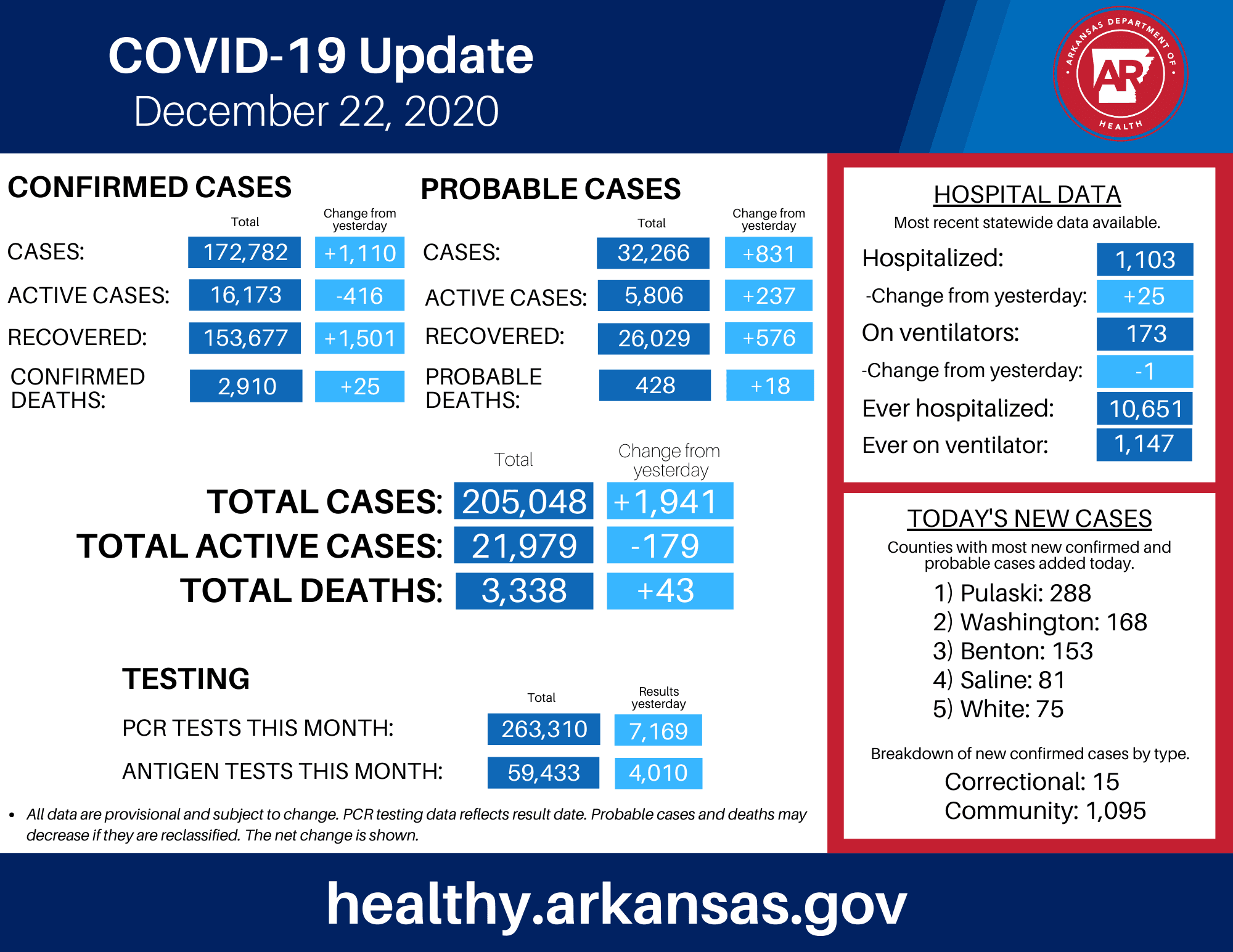