The following statistics were shared at the governor’s weekly COVID-19 update on Tuesday, Feb. 9, and posted on the Arkansas Department of Health’s (ADH) website:

Hutchinson said that up to last week, new cases had been on a downward trend before the curve flattened. “It is a reminder that if we don’t take the right precautions, then the spread will continue, the cases will go up, and we’ll be back in a very bad situation,” he said.

Secretary of Heath Dr. Jose Romero shared that the state reached what he called “an important milestone” today by dropping below the 10% rate of positivity at 9.9%. He said the state has strived to be below the 10% mark, and this is the first time it has dropped below that level since early November.

In his vaccine update, the governor said that 100% of long-term care facilities in the state have had at least one vaccination clinic. He said that all the state’s first responders “have been covered,” and more than 50% of teachers and school staff have had access to vaccines. Regarding the 70-plus population, Hutchinson said there is still a ways to go. “We have more to cover, and we need to make more progress with our 70-plus before we open up our vaccine distribution to more elements of 1-B,” he said.

He reported that the National Retail Pharmacy Program will be providing a 20% increase of available doses in Arkansas, which is over and above what is being done through retail community pharmacies. This will be through 58 Walmart stores, and there will be 11,000 doses delivered to those stores to possibly begin being administered as early as this Friday.

He added that nationally there will be 1 million doses that will go to federally qualified community health centers. Arkansas has 120 clinics through 12 community health organizations. “This will be a start of a new federal effort to get the vaccines out to more of the population in rural areas or the underserved areas,” he said. This, too, is over and above the state’s regular allocation. He said they are awaiting more information on how many clinics in the state will receive doses.

Hutchinson said the CDC will be providing guidance to repurpose second doses for those who do not show up for their second doses. He said this should be small segment of the population, but that it is significant as it emphasizes the importance of getting the second dose of the vaccine and upholding your appointment time. 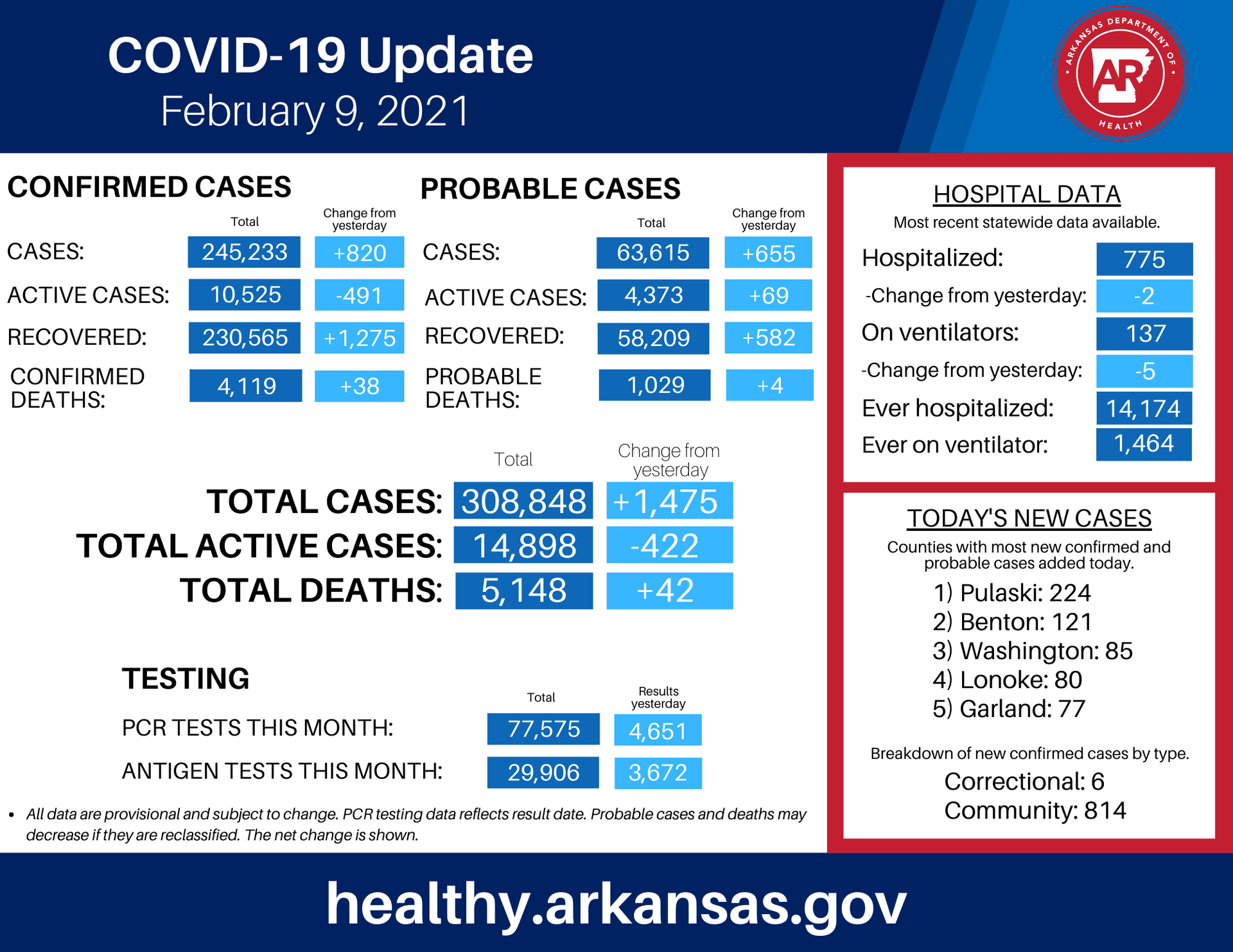 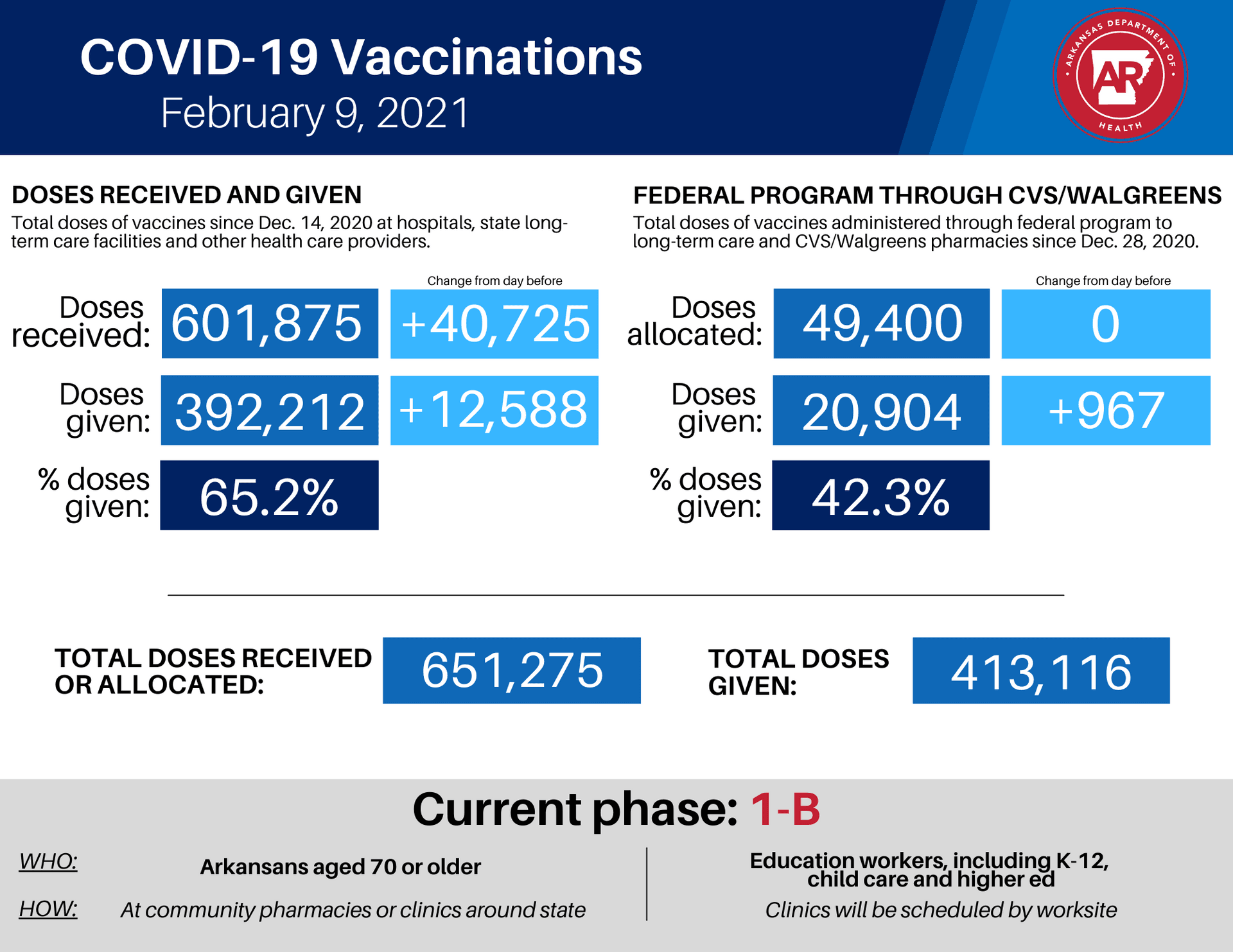