The following statistics were shared at the governor’s weekly COVID-19 update on Tuesday, April 6, and posted on the Arkansas Department of Health’s (ADH) website:

Hutchinson said of today’s 163 new cases that it is slightly lower than the same time last week, and that the daily cases are hovering around the same numbers throughout the week. He said there is still community spread and that there is likely a higher number than the documented cases each day, so he encouraged everyone to be mindful that the virus is still spreading in our communities. “You don’t want to catch COVID-19 when the vaccine is available to you,” he said.

Hutchinson also referenced the national curve of new infections, with 16 states seeing increasing new case counts, as well as the increases in Europe, and said these trends could come to Arkansas. “The way to prevent that is to beat the spread of COVID through more vaccinations, so vaccinations are critically important. We want to get them out as fast as we can. We have to overcome resistance. We have to overcome the challenges of a rural state,” he said.

Hutchinson and Secretary of Education Johnny Key shared that schools will help make vaccinations available to high school students age 16 and older. Hutchinson said that the rollout this school year will act as a pilot program, as he hopes by fall that ages 12 and older will have federal approval to receive vaccines, which the schools can then help administer.

Hutchinson also emphasized the importance of getting vaccinations out to the minority community, which is currently behind in terms of vaccination percentages in comparison to the total population.

Secretary of Health Dr. Jose Romero offered a reminder of the importance of getting the second vaccine dose for those receiving the Pfizer or Moderna vaccines. He said they are seeing increasing numbers of those not returning for their second dose appointments. He said that the vaccination call-line can be used for anyone who may have missed their second-dose appointment to find a location where they can receive their second shot. 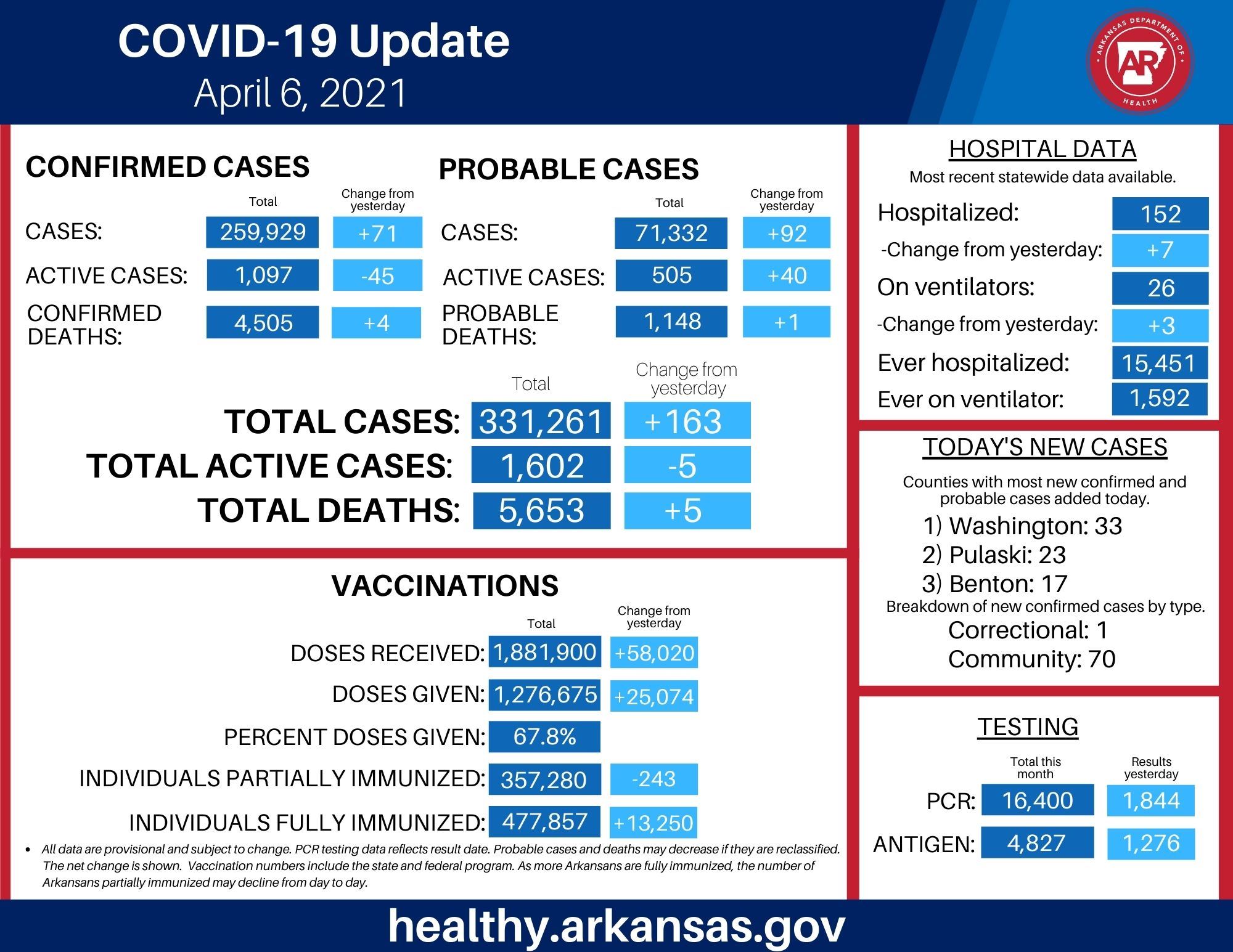