The following statistics were shared at the governor’s weekly COVID-19 update on Tuesday, April 13, and posted on the Arkansas Department of Health’s (ADH) website:

Hutchinson said today’s 224 new case count is higher than the same time last week, and the active case count rose by 23. After three days of zero deaths being reported, there were eight COVID-related deaths added today. There were eight fewer hospitalizations reported today, making the total in the state at 148 who are admitted with COVID-19. Testing remains at a modest level, according to the governor, who said the lower case counts may be leading to fewer people seeking testing. He pointed out that the state’s positivity rate has inched up recently.

The state will be pausing administration of the Janssen/Johnson & Johnson vaccine following the CDC’s and White House’s recommendation. Hutchinson said the pause comes after six women experienced blood clots after receiving the Janssen vaccine, which has been given to 6.8 million people in the U.S. The pause is to be sure the healthcare community is aware of the treatment for any adverse reactions.

Hutchinson said no one should delay in getting a vaccine due to the pause in the Janssen vaccine. There is ample supply in the state of the other two vaccines – Pfizer and Moderna – and the only reason the available doses are not being administered is because it is up to individuals in the public to seek out their vaccinations.

The statewide vaccination call-line is 1-800-985-6030. Hutchinson said those who are homebound can now use the call line to seek out scheduling an at-home vaccination appointment. The state is also contracting with a company to make follow-up phone calls to those who have not scheduled their second dose of the Pfizer or Moderna vaccines.

In expressing the importance of Arkansans getting vaccinated, he showed a comparison of trend lines between Michigan and Arkansas. Michigan peaked in active cases in December, followed by Arkansas’ peak 32 days later. Michigan’s recent peak was on April 9.

“The question is, will we go up and peak again, just as we followed Michigan and some of the other states before…That’s why we’re at a crossroads, and we can avoid that second peak, if it comes. We can avoid that second peak by making sure we protect ourselves, but that puts us on a race to a vaccine,” he said. “Get the vaccine. We need everyone to participate in this. Don’t delay, because we are in a race. We are in a race against time to get the vaccinations out before we start going up in our cases again.” 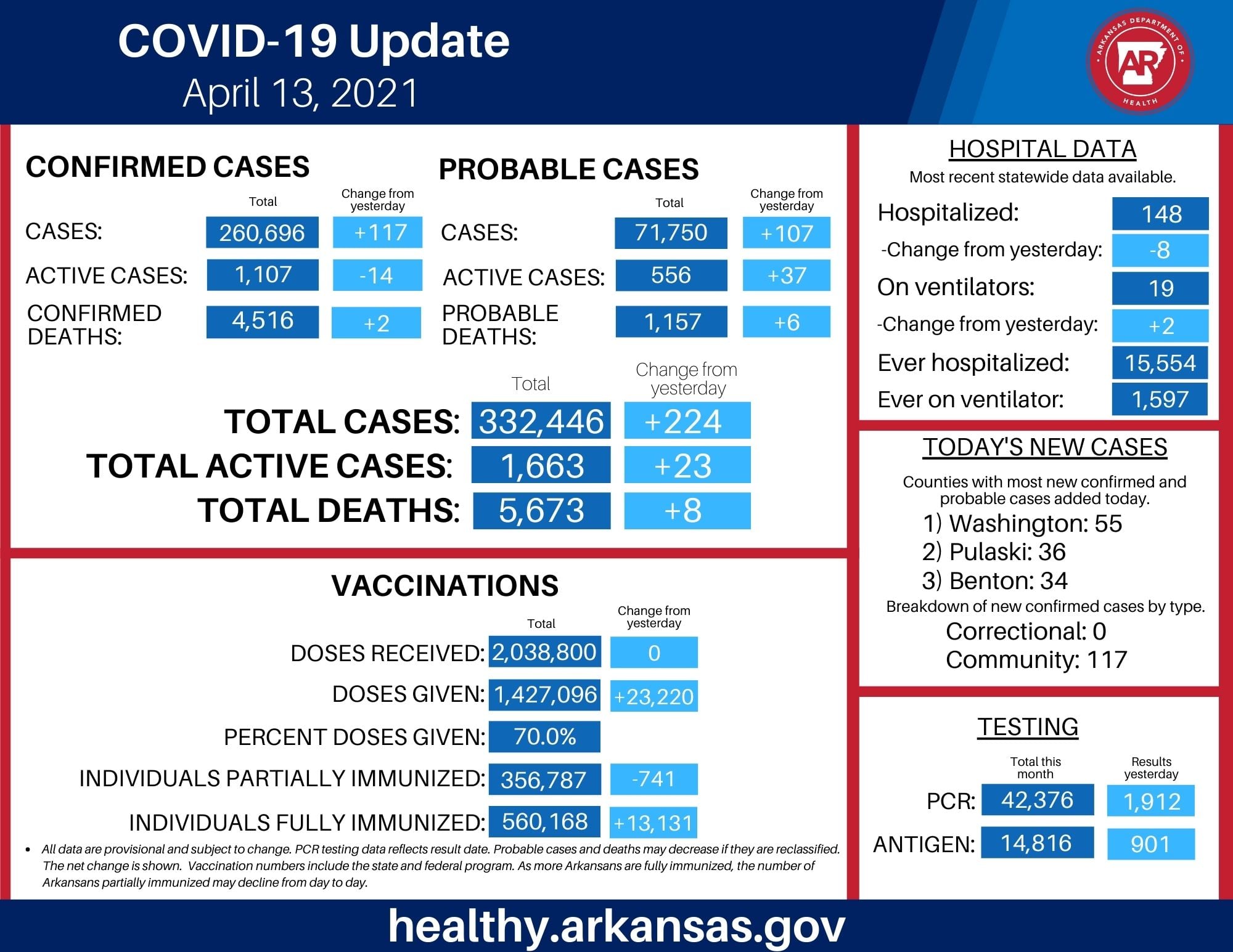