The following statistics were shared at the governor’s weekly COVID-19 update on Tuesday, April 27, and posted on the Arkansas Department of Health’s (ADH) website:

Hutchinson said today’s 229 new case count is up from the 198 added last Tuesday, but that since March 8, the state has seen steady, week-by-week new case and active case numbers. Testing remains at a low level.

Hutchinson said the state began using the Janssen/Johnson & Johnson vaccine again yesterday after it was cleared following an investigation by the Centers for Disease Control and Prevention. Secretary of Health Dr. Jose Romero said they found a total of 15 cases of blood clotting from those who had received the Johnson & Johnson vaccine, and the group investigating determined that the benefit of the vaccine far outweighed the risk.

Before inviting Romero to provide an update on the rise of variant cases in Arkansas, Hutchinson said that the state obviously has a challenge with vaccine hesitancy.

“I think that hesitancy in Arkansas is partly because of the threat is perceived as being down,” he said. “As new cases go down, as hospitalizations go down, as you see people relaxing and trying to lead a more normal life, the threat is not with us every day. And so the urgency of getting a vaccine has been diminished. We want to, in a realistic way, continue to encourage people to get the vaccine as to how important it is.”

Romero said that the number of variant cases in the state have increased dramatically in the past week, with a three-fold increase in the U.K. variant and the total number of variant cases more than doubling. He added that this is only the tip of the iceberg because they are sequencing only a very small sample of people with COVID-19. The variants, particularly the U.K. variant, is more transmissible and has a higher mortality rate. The states experiencing surges are also having a higher number of younger patients and children becoming hospitalized. He said the more people that are not immunized, the greater chance Arkansas will have the variants continue to spread and the greater chance that the COVID-19 virus will continue to mutate into additional variants. 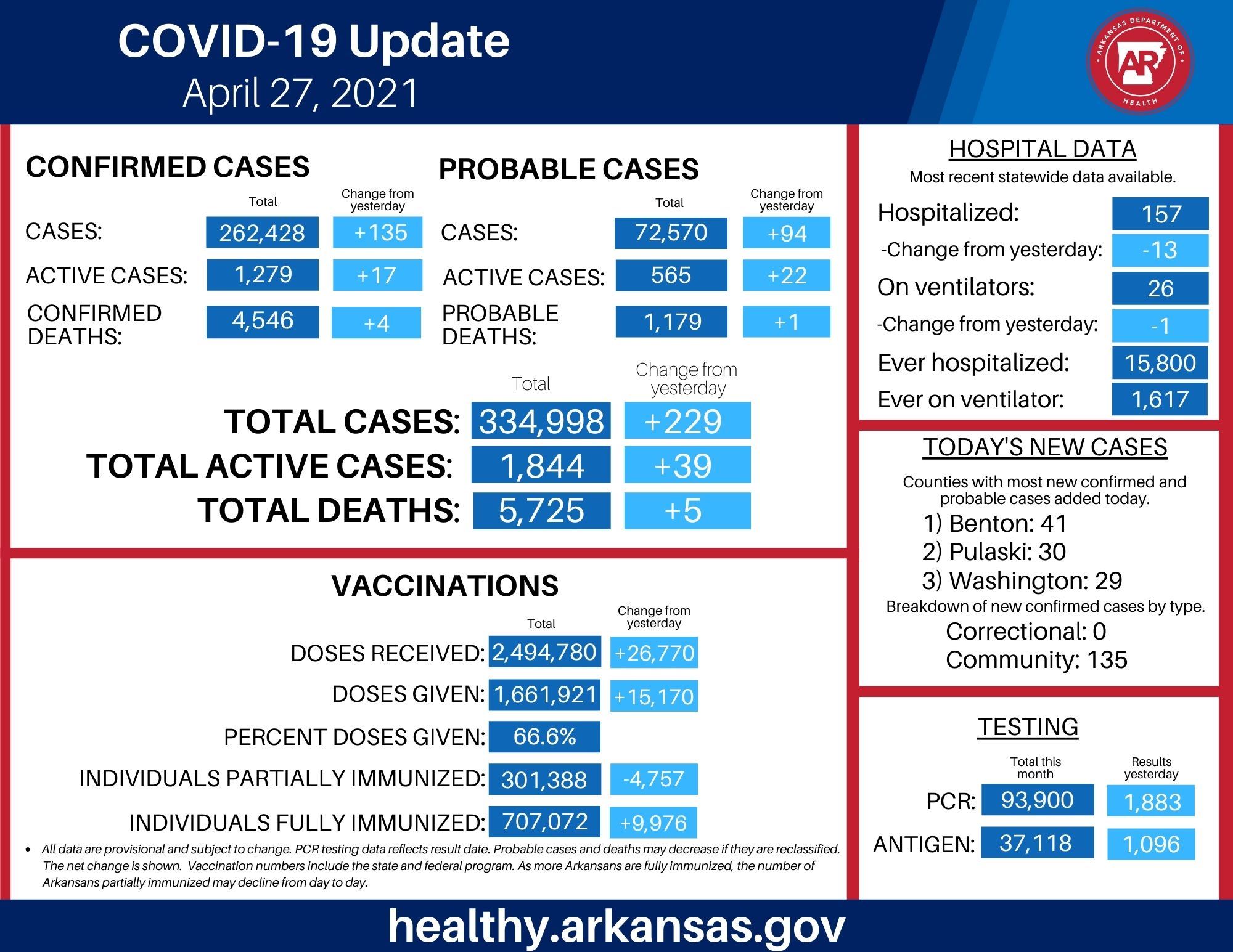