The following statistics were shared at the governor’s weekly COVID-19 update on Tuesday, May 4, and posted on the Arkansas Department of Health’s (ADH) website:

Hutchinson said today’s 296 new case count is a higher jump from the 229 added last Tuesday, and that active cases rose today by 104 and hospitalizations rose by 20. Testing remains at a low level.

Hutchinson shared what he said will be a challenging goal for the state to reach 50% of the population with at least one vaccination shot in the next 90 days. There are currently 1,038,556, or 34%, who have received at least one shot, so 467,206 more Arkansans will need to receive a shot to reach this goal.

To help in achieving the goal, ADH is doing pop-up clinics in communities across the state at local events. The list of events where there will be walk-up vaccines available is growing, and is currently between 600-700, and include the Arkansas Travelers game at Dickey-Stephens Park on May 4 and the Arkansas Made – Arkansas Proud event at War Memorial Stadium on May 15.

Hutchinson provided information on state legislative actions that relate to COVID-19, including Act 1030 and Act 1002, which both become effective 90 days from the legislature recess. Act 1030 prohibits state and local authorities from using a vaccine passport as a condition of entry, travel, education or services. Act 1002 ends the face covering requirement that was issued through executive order and prohibits state agencies, local governments and local officials from mandating the use of face coverings. The current state of emergency will end on May 30. If the governor wishes to renew the state of emergency, a request shall be sent to the Arkansas Legislative Council no later than May 20.

Romero noted on the increase in hospitalizations, active cases and rate of positivity, which he said is “worrisome to us at epidemiologists and public health people. We want to make sure that this does not continue because it indicate that we have spread of significant amounts of virus in the state.” 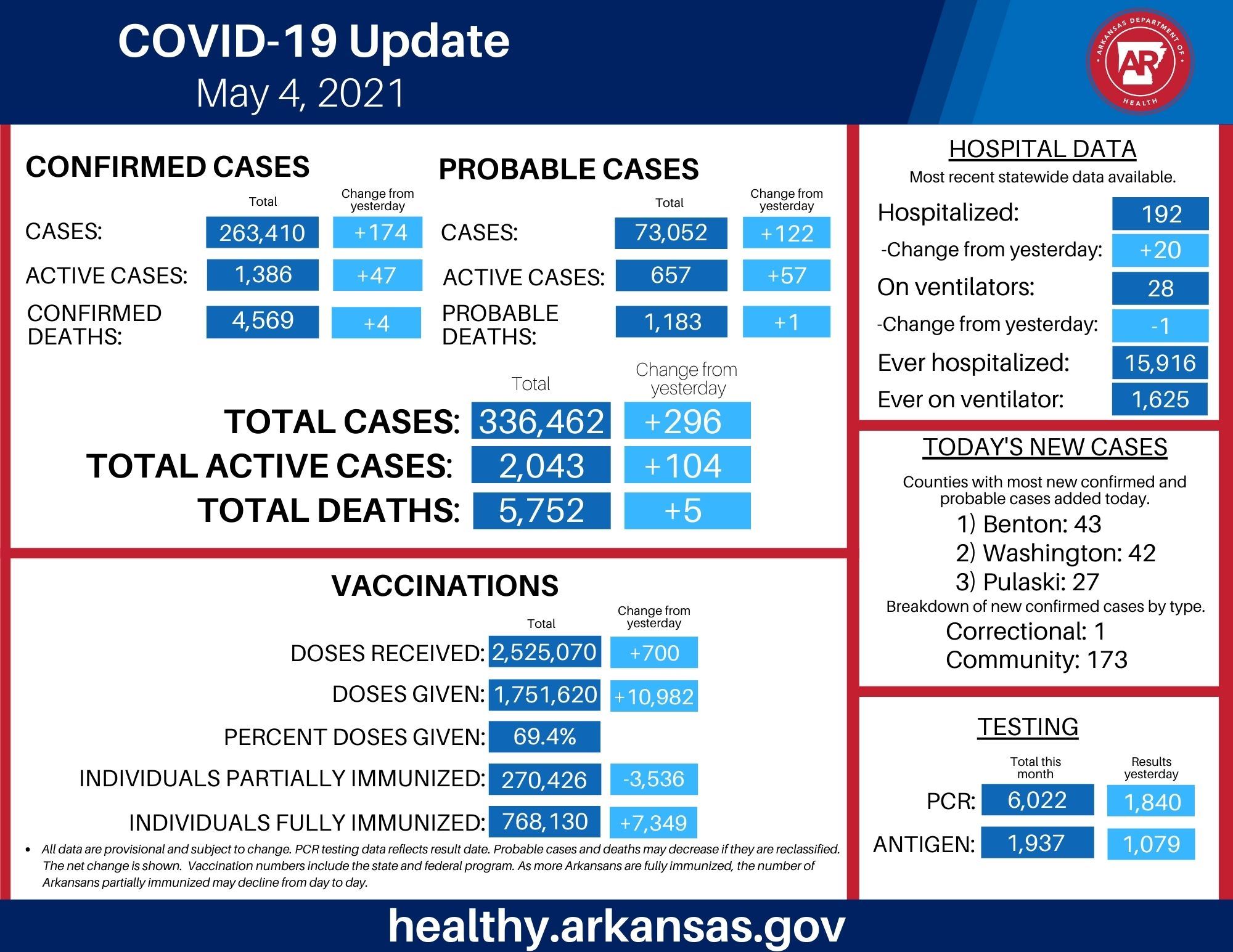