The following statistics were shared at the governor’s weekly COVID-19 update on Tuesday, May 11, and posted on the Arkansas Department of Health’s (ADH) website:

Hutchinson said today’s 233 new case count is consistent to what it has been. Active cases have declined for the past two days and hospitalizations had no change from yesterday.

Hutchinson had two announcements as a part of this week’s media update – that the Pfizer vaccine has been authorized in Arkansas for those ages 12 – 15 and that he is signing an executive order setting up an American Rescue Plan Steering Committee.

The Pfizer COVID-19 vaccine has been approved by the FDA for emergency use authorization, but there will be further guidance from the Advisory Committee on Immunization Practices (ACIP), which is chaired by Arkansas Secretary of Health Dr. Jose Romero. The ACIP Committee is scheduled to meet tomorrow regarding the Pfizer guidance.

Hutchinson hopes the vaccine age expansion will help the state reach its goal to vaccinate 50% of the total population by July 30. The federal government has set a goal to vaccinate 70% of the country’s adult population by July 4, and Arkansas is currently at 47.2% of the adult population vaccinated. The governor said the state is “a little behind where we would like to be” in terms of vaccination progress, but he said there has been an increase over the past week, which he hopes will continue.

The American Rescue Plan Steering Committee will be comprised of 14 members – eight cabinet officials, three members of the Arkansas House of Representatives and three member of the Arkansas Senate. The committee will help plan and manage the funds the federal administration and Congress have approved, which includes approximately $5 billion coming for educational institutions, cities and counties and the Department of Human Services and $1.57 billion for a broad list of optional uses, such as capital investments and infrastructure and health department investments for future pandemic preparedness. Hutchinson said Arkansas will be receiving half of its allocation in the short term, with the other half coming later because the state’s economy has recovered more quickly than other states. 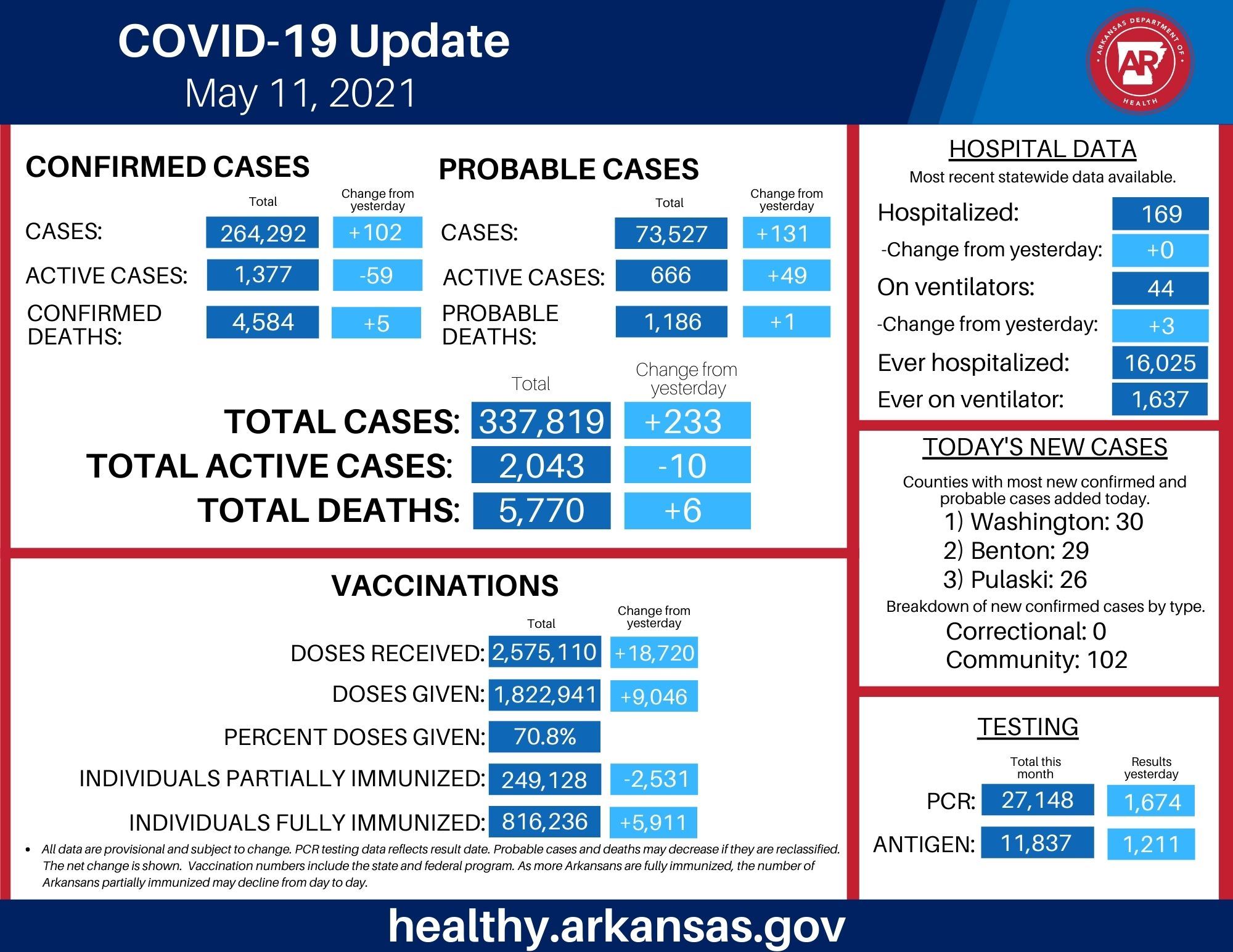