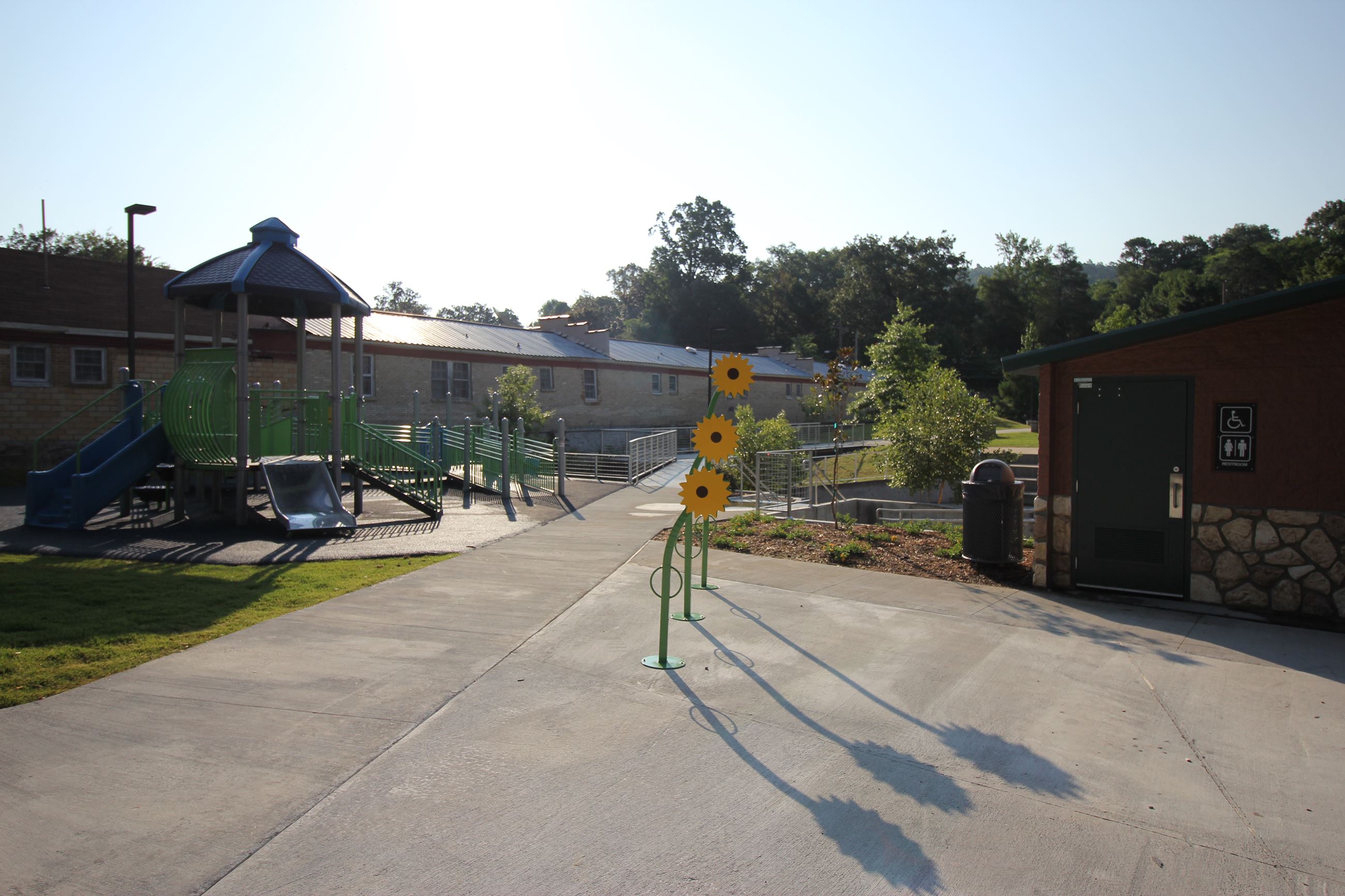 David F. Watkins Memorial Park is located at 811 Park Avenue and is open from 6 a.m. until 10 p.m., Monday through Sunday.

It features ADA sidewalks and bridge, bike racks, a water fountain, an all-inclusive playground, an amphitheater with a performing stage, a memorial tree and restrooms.

The park is available for reservations. For more information or to reserve, call the Parks Department at 501-321-6871.

He was born in Birmingham, Alabama and later attended Berry High School, where he excelled in football and was voted "most intellectual" of his high school class. Once he graduated, he attended Auburn University and received a degree in public administration. He later went on to attend the University of Kansas, earning a Masters of Public Administration.

Watkins was known as the "jump-starter" for many projects that are still in progress which includes cleaning up the Majestic Hotel site; revitalizing the downtown buildings; acquiring new water sources for the City and "accelerating the growth of the City he had grown to love."

For pictures of the park dedication, visit https://flic.kr/s/aHsmV32BRi