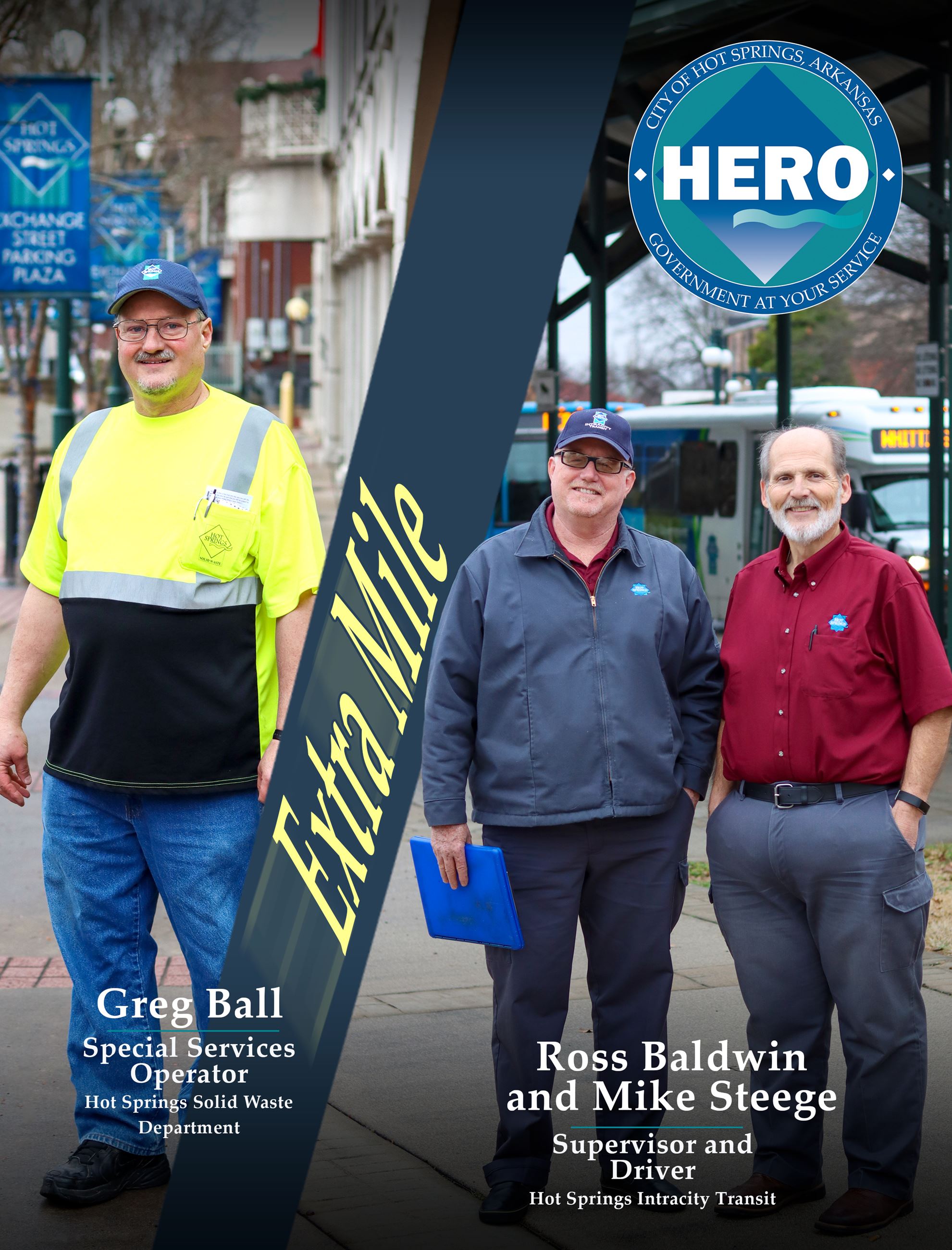 Because of the extraordinary efforts by Ross Baldwin, Mike Steege and Greg Ball, many in our community had a brighter Christmas and New Year.

Baldwin, a 13-year employee with the City, and Steege, who is in his inaugural year, joined together to transport members of the homeless community to a Christmas party at Lakeview Assembly Church on December 23.

Intracity Transit routes are already extremely busy in the days approaching the Christmas holiday, and as Steege’s Route 1 bus quickly began to fill up with passengers and those going to the church party, he knew he had to radio back to the Transportation Depot for assistance. Baldwin quickly responded by bringing a second bus to complete the route, which also filled with those eager for the generosity of those at Lakeview Assembly and the volunteers and businesses who made the dinner and gifts possible.

Ball, who will celebrate seven years with the City this February, serves our community by checking and emptying waste receptacles downtown along Central Avenue for the Solid Waste Department. When he got the call that an electrical contractor had accidentally thrown away his cell phone and wallet in an empty cardboard box for a new light fixture, Ball went on the search. He started at one of his primary areas to take garbage bags near the Parking Plaza. With the contractor’s phone number dialed in, he called the phone as he looked through bag after bag, hoping to hear it ringing or see it buzzing. After around 45 minutes of looking, he decided to check a location near Fat Jacks. After 15 minutes there, he spotted both the phone and wallet.

Ball said he knows what it is like to lose a phone and wallet. The contractor was thrilled to have his items found and returned thanks for the efforts taken by Ball.